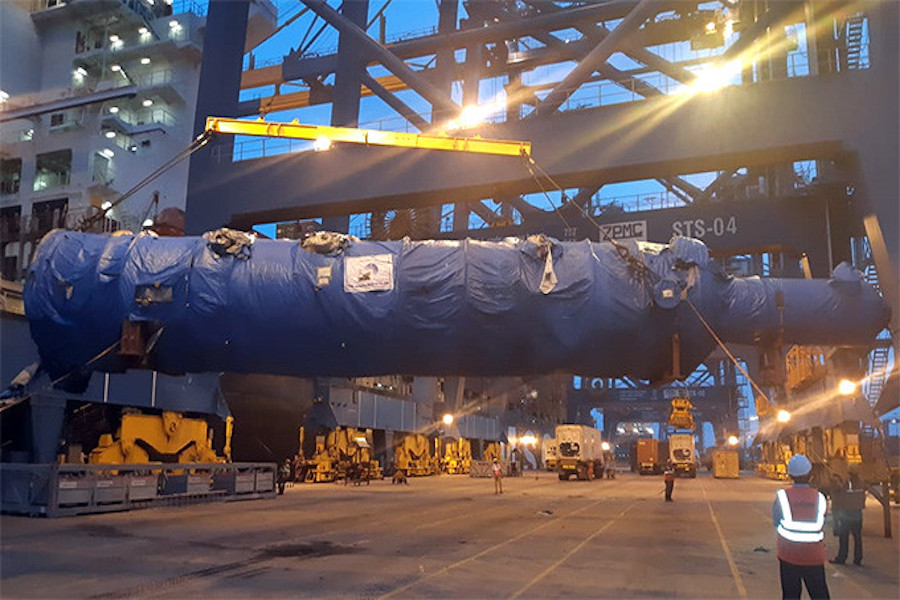 The out-sized unit was loaded alongside a drier vessel in Gujarat, India, and delivered to the Moscow Region. STA oversaw movement by road to Mundra port prior to shipment to Europe.

“The column was loaded in flat bead to Antwerp, transshipped by barge to Rotterdam and reloaded on a breakbulk ship to port of Bronka, St. Petersburg,” a spokesperson for STA Logistic said.

Headquartered in Russia, STA Logistic is a member of the WCA network, which represents breakbulk firms in in 88 countries.