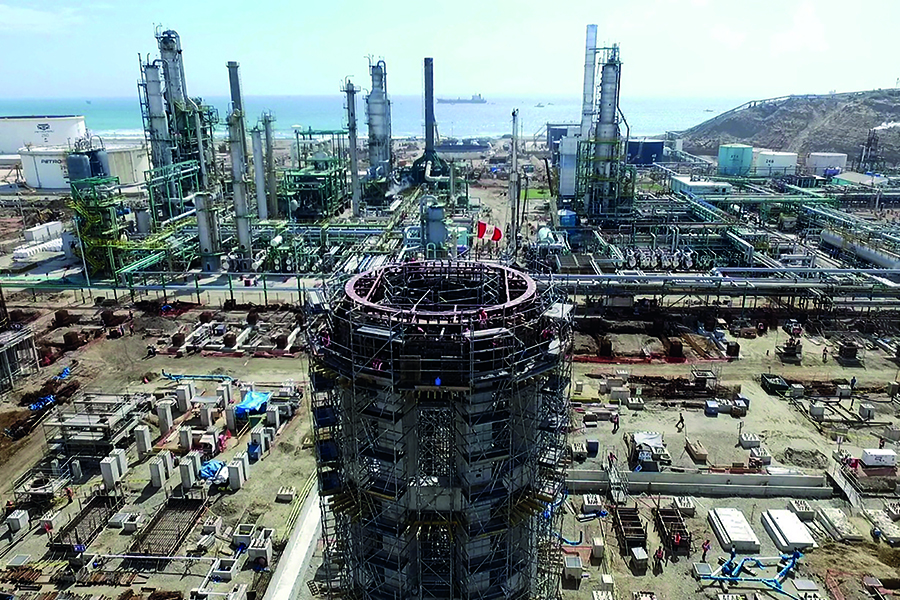 With the Export-Import Bank of the U.S. stymied since mid-2015 and growing hesitancy of commercial banks to provide such financing, major global infrastructure projects are increasingly advancing with the backing of scores of export credit agencies, or ECAs, from all corners of the world.

Collectively, the world’s more than 100 ECAs and related programs finance or underwrite more than US$400 billion of business activity, meaning, according to ECA Watch, that they exceed the size of the entire World Bank Group and fund more private-sector projects in the developing world than any other class of financial institution.
While ventures related to fossil fuels continue to be among the biggest endeavors benefiting from ECA financing, renewable energy projects are beginning to get more attention, as are undertakings in such areas as healthcare and aviation.

Importance Grows
“The export credit environment has changed considerably over the past 10 to 15 years and especially since the global financial crisis,” said Paul Heaney, associate director for outreach and communications at the London-based Berne Union, an international not-for-profit trade association representing the global export credit and investment insurance industry.

“A number of factors are at play, but foremost has been the retrenchment of commercial banks from export finance,” Heaney told Breakbulk. At first, he noted, this was largely an issue of liquidity. But even now, 10 years since the collapse of Lehman Brothers, it has become more a question of the high cost of finance for banks due to regulation and internal competitive priorities, especially in the case of long-term, riskier deals or for very small-ticket transaction sizes.

“Consequently,” Heaney said, “ECAs have increased in importance and, in many cases, expanded upon their original remit.”

Other UK Export Finance agreements last year included support for British firms to engage in building hospitals in Angola (in addition to upgrading Angolan power stations) and backing of increased sales of British-made healthcare equipment to Austria-based VAMED, including for projects in sub-Saharan Africa. UK Export Finance, the world’s oldest ECA, clearly has evolved since its founding in 1919 to spur U.K. exports following World War I.

“ECAs with a more flexible policy – and less regulatory restrictions – are usually able to be more proactive in their support of national interest,” Heaney said.

A June 2018 report to U.S. Congress from the U.S. Ex-Im Bank notes that aggressive content policies give ECAs ability to help pull sourcing to their own countries in sectors of strategic interest, even in instances in which the backing ECA’s country is not currently a major supplier. The report cites Italy’s Servizi Assicurativi del Commercio Estero, or SACE, and its support to buyers of Boeing 787 aircraft, despite the fact the 787 contains only about 14 percent Italian content, with a good-faith notion that Italian suppliers will be used to a greater extent going forward.

Energy Remains Big
The broader trend notwithstanding, energy infrastructure projects continue to be among the most high-profile beneficiaries of ECA financing.

In December, Perú’s state-owned Petroperú closed on US$1.3 billion in ECA-backed financing in what was touted as the largest-ever agreement for Spain’s export credit agency, Compañía Española de Seguros de Crédito a la Exportación, or CESCE. The deal, which also represents the greatest ECA financing for any project in Perú, is helping advance a US$5 billion modernization of Petroperú’s Talara refinery.

Another agreement announced in late 2018 is the extension by the Export-Import Bank of Korea of US$367 million – consisting of US$257 million in loans and US$110 million in guarantees – to finance refinery modernization in Bahrain under a US$4.2 billion engineering, procurement and construction contract awarded to South Korea-based Samsung Engineering in a consortium with Italy-based Technip and Spain-based Tecnicas Reunidas. More than three-dozen smaller Korean businesses are supplying equipment for the Bahrain project.
UK Export Finance forays into the energy sector include multiple agreements supporting GE Global Services UK work on power generation projects in Iraq.

Among ECA Watch’s criticisms of export credit agency practices is the financing of environmentally detrimental projects, such as those involving burning of fossil fuels. The World Bank Group’s International Finance Corp. is several years into an initiative to back climate-friendly energy projects, and a number of ECAs are following suit.
In November, in Spain, BBVA signed the first credit with CESCE coverage to receive “green” certification from consulting firm AECOM when the Spanish banking giant granted a five-year, US$19 million loan to jumpstart building of a hydroelectric plant in Colombia.

BBVA officials called it a major step in the bank’s sustainable finance strategy, while Beatriz Reguero, CESCE’s chief operating officer of state account business, commented: “Through the support for this operation provided by the Spanish government, CESCE reinforces its commitment to sustainable development through a project in a sector that is clearly in sync with the U.N. Sustainable Development Goals – goals which are also one of the essential pillars of our company’s corporate social responsibility policy.”

U.S. Agency On Hold
Whereas the ECAs of most countries remain active in bringing new financing to fruition, the U.S. Ex-Im Bank has largely been in a holding pattern since July 2015, as it has been lacking the quorum necessary for making board-level decisions, thus putting a US$10 million cap on its involvements.

“This certainly has had consequences for U.S. manufacturers and exporters, perhaps most of all impacting smaller businesses and suppliers, rather than the largest exporters,” said the Berne Union’s Heaney.
Indeed, the Ex-Im Bank’s June 2018 report to Congress estimated a loss of more than US$5 billion in potential sourcing from U.S. companies due to the American ECA’s lack of presence in the long-term export credit market.

“Foreign ECAs, particularly from Europe, are very actively trying to fill the gaps in the official export credit market left by Ex-Im’s absence,” according to the report to Congress, which cites ECAs of Germany and Italy as market leaders. An August 2018 report from Germany’s Federal Ministry for Economic Affairs and Energy says China and Russia dominate the German guarantee portfolio. “Foreign ECAs are using highly coordinated and aggressive strategies to secure export opportunities.”

Private Market Gains
At the same time, the private insurance market’s capacity for export credit and political risk has escalated substantially in recent years, according to Heaney.

“Some large private credit insurers have credit ratings higher than many small ECAs, and, due to sustained low-interest rates and an influx of capital, the private market has increased its capacity, as well as risk appetite, and now offers tenors of cover similar to the ECA market,” Heaney said, citing as an example the industry-specific Aircraft Finance Insurance Consortium established by London-based Marsh.

While some observers may contend ECAs can be used as a bargaining chip in protectionism, Heaney said he believes it is difficult for an ECA to be deployed to implement a protectionist policy, since the role of ECAs is to support exports to foreign markets, not to prevent imports.

“On the other hand,” Heaney said, “having an ineffective ECA can potentially undermine domestic supply chains by making foreign components relatively more attractive to multinational exporters.”

Rising protectionism is a concern for Berne Union’s members, he said, but largely because of the uncertainty and increased risk which tariffs and other barriers introduce to the underlying trade environment.

“Since export credit insurers are usually taking risks on the ability of the buyer to pay for shipment received, protectionist policies could potentially cause an increase in claims paid, due to defaults in cases where the buyer is unable or unwilling to pay a foreign supplier.”


A professional journalist for nearly 50 years, U.S.-based Paul Scott Abbott has focused on transportation topics since the late 1980s.