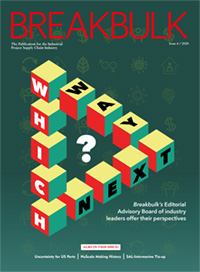 The oil and gas industry is in a state of transition. Within the last year, many of the industry’s leaders have unveiled ambitious plans to significantly reduce greenhouse gas, or GHGs, emissions – particularly CO2 and methane – from their energy activities.

As in many facets of business and life these days, however, the oil and gas industry is gripped by uncertainty about the direction the energy transition is headed. It remains too early to tell which of the most promising sustainable energy transition models – biofuels based or natural-gas centric or wind and solar power centric – will gain traction in the industrial, transportation, residential and commercial sectors.

Uncertainly is never a friend of business, but lower oil prices and changes in energy demand – as well as carbon pricing and government policies, particularly at some local and regional levels – are pushing the industry to accelerate its shift to sustainable energy. The Covid-19 pandemic, having reduced fossil fuels demand over the last several months, has actually sped up sustainability initiatives.

To sustain themselves throughout this transition, oil and gas companies are rebalancing their capital projects portfolios, prioritizing cleaner and GHG mitigation opportunities over their traditional revenue generating asset development opportunities. This is a tricky balance, as those traditional projects are often the source of large cash flows that fund the new energy projects.

Some companies have been looking to create synergies between their upstream and downstream petrochemicals businesses to streamline their organizations and operations. Other companies, meanwhile, have scaled back or divested their downstream businesses altogether to concentrate on shaping the evolving energy sector.

What does this all mean for project cargo and breakbulk industry leaders? It means project shipping demand changes are coming in fast, if they have not already arrived.

Even though many oil and gas companies are enduring significant cuts to their capital expenditure accounts, these same companies, in addition to diverting significant amounts of capital for the development of cleaner energy generation systems, are deploying carbon capture, utilization, and storage, or CCUS, technologies. An uptick in the construction of CCUS projects can be expected over the next few years. These projects are known to entail movement of large kits necessitating the breakbulk and cargo transport services that the oil and gas sector has needed in the past.

Still, peering through the fog of uncertainty the oil and gas industry finds itself in, it is possible to discern some important features of the ongoing energy transition. Shipping leaders should consider how the following trends and observations could alter the breakbulk cargo market.


A Shift to Lighter Projects

No matter what type of energy transition we see, it appears that the energy sector will be moving from heavy industrial to much lighter industrial type projects. Demand for shipping very large pieces of kit engineered and specially fabricated for onshore and offshore oil and gas assets can be expected to decline.

Making up for this decline in heavy industrial shipping should be demand for smaller pieces of project equipment that can be installed modularly. Think about the differences between transporting very large and awkwardly shaped process columns for an oil refinery versus moving several identical wind turbines for a wind power farm.

How might this reshape the breakbulk sector? It is likely many smaller vessels, and perhaps even container ships, could be used to move cargo for new energy projects. As a result, prices will be driven downward and competition among shippers will increase. Operators of vessels capable of moving hundreds of tons may have to uncover efficiencies to compete with smaller ships hired to move much less weight. As the oil and gas industry increases spending on new energy projects requiring lighter equipment and more modular components, shipping company leaders need to be asking questions such as: what sort of breakbulk cargo provider do we want to be, and are we going to be a multipurpose vessel provider offering lowest-cost transport, or are we going to be a specialty provider for heavy industrial project transport. After all, even in the most aggressive transition scenarios offered up by the International Energy Agency – the 1.5 degrees Celsius pathway – fossil fuels will still play a good-sized role and, with the natural decline of 3 percent to 5 percent for the existing reserves, someone will still have to be exploring for and developing fossil fuels.

A second observation is how breakbulk providers will respond to the potential for reduced cash flows while sustainability costs are increasing. Indeed, the new energy and breakbulk industries – and their suppliers – are tackling their own sets of similar and unique GHG emissions reduction mandates. Specific to the shipping sector, IMO2020 regulations mean that marine vessels have to hurry up to adapt to very-low-sulfur diesel fuel emission requirements.

The conversion to low-sulfur fuels is critical for the environment and also expensive for ship owners to absorb when cash flow is reduced. Further, while Scope 3 emissions are not used in oil and gas (energy company) calculations, eventually they may become important. This means the breakbulk industry may find itself addressing environmental, social and governance issues all over again while cash flow remains lower.

A third area breakbulk leaders must consider as the oil and gas industry transitions to a new energy industry involves smaller supply chains. The heavy industrial projects discussed in this article often entail movement of large pieces of equipment over long distances, from locations in Asia to the U.S. Gulf Coast, from Europe to West Africa, and so on. New energy models portent the creation of much more regionalized supply chains.

Biofuel production plants, after the technologies are perfected, could be located in many world locations. By contrast, limitations exist on where oil can be produced and refineries can operate. With improvements in battery storage capabilities, electrical energy demands could be met more regionally or locally. Breakbulk leaders should monitor the creation of energy value chains as they evolve. What do the connecting energy value chains look like? Will batteries as energy delivery systems replace midstream oil and gas pipelines?

Further, wider energy outlook considerations exist. Vessel operators should weigh whether their fleets are prepared to support global markets and sectors powered by natural gas-driven electricity or liquid biofuels. Each may require different kinds of projects and different kinds of shipping needs. Hopefully, the project cargo and breakbulk industry can turn to meet the energy sector’s transport requirements more nimbly than the vessels they pilot.

With shareholders, governments and the public mounting pressure on oil and gas companies to become cleaner energy providers sooner rather than later, the industry’s transformation is both a social mandate and business imperative. Energy systems, and with it the energy industry, are transitioning. As is always the case, as customers’ needs change, providers will be forced to adjust. A few of the previously highlighted areas will affect change. It is important to recognize the energy transition has gone from a moderately paced run to a near sprint. Breakbulk operator leaders must decide how their industry will keep up.