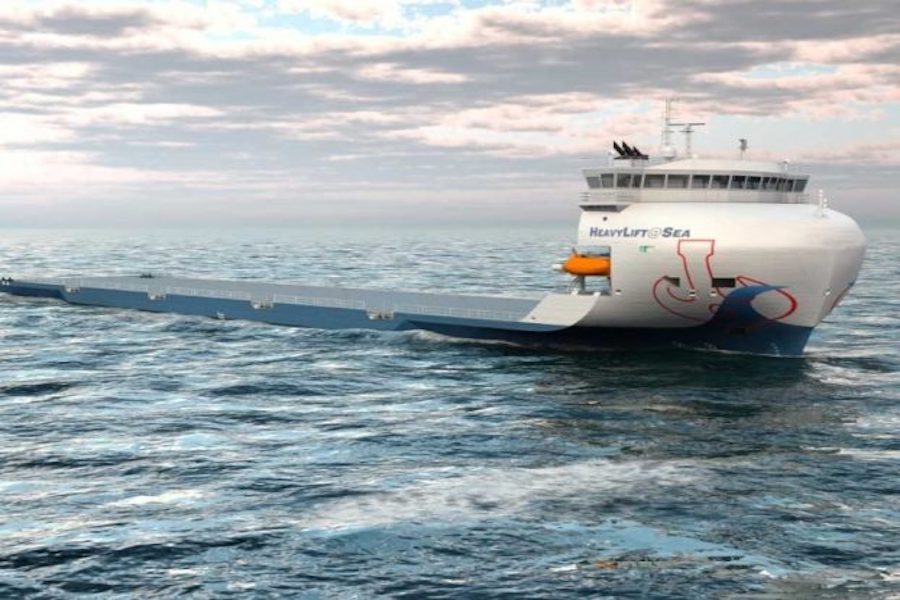 The DC 10000 deck carrier has been designed to transport heavy cargo and large modules such as fragile steel structures for the offshore wind, oil and gas industries. The vessel is currently being built at a Chinese shipyard, and once complete will feature a loading of 3,600 square meters and load capacity of around 10,000 tons.

"Our client for this project, a Hamburg-based shipping company specialising in offshore wind projects, is already operating a deck carrier, which is to be supplemented by a more flexible high-performance newbuild. The ship will initially transport wind power components for offshore wind turbines in the North Sea and Baltic Sea," said Hendrik Gröne, managing director of HeavyLift@Sea.

The vessel will be powered by diesel-electric propulsion and delivery is scheduled for the end of 2019.