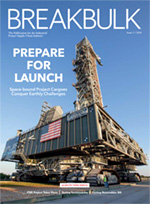 As the world continues to battle Covid-19, a significant milestone has been achieved on a project that shows what can be achieved when nations come together to solve some of the biggest challenges facing humanity.

ITER, originally the International Thermonuclear Experimental Reactor, is a long-running international project to harness the power of the sun to provide clean, carbon-free sustainable energy and, after many years of detailed design and planning, it is now moving into the project assembly phase.

It is 100 years since scientists first understood that fusion energy was the power source for the sun, and some six decades since the first tokamak – a Russian acronym that means “toroidal chamber with magnetic coils – was built in the Soviet Union. Until now, however, fusion power has been confined to small-scale experimental machines; ITER will be the bridge to tomorrow’s commercial-scale fusion power plants.

This truly is an international project, bringing together China, the European Union, India, Japan, South Korea, Russia and the U.S., with the manufacturing of components spread across factories spanning three continents. Construction of the buildings on a 180-hectare site in Saint Paul-lez-Durance in southern France started in 2010. Since then, specialist factories around the world have been at work, designing and building the 1 million components and 10 million parts. As of June 2020, this hugely ambitious project was 70 percent complete, although it remains to be seen what impact Covid-19 related delays might have on the targeted first plasma date of December 2025.

The ITER “Tokamak” device itself comprises a seven-story structure in reinforced concrete. It will weigh 23,000 tonnes, equivalent to three Eiffel Towers, making it the largest and most powerful fusion machine ever built.
Inside its vacuum vessel, hydrogen isotopes will be heated to temperatures in excess of 150 million degrees Celsius – 10 times as hot as the sun’s core – to form 830 cubic meters of hot plasma. Magnetic fields created by an array of giant superconducting coils and a strong electrical current will act as a powerful magnetic cage to shape and confine the superhot plasma so that it floats within the magnetic field without touching the walls of the ITER vacuum vessel.

This superhot plasma will generate fusion reactions that will release 4 million times more energy than the burning of oil or gas. Inside a tokamak, the energy produced through the fusion of atoms is absorbed as heat in the walls of the vessel. Should the ITER experiments prove successful, then in the future this heat would be used to produce steam and then electricity by way of turbines and generators.

The ITER Tokamak will be the largest and most powerful fusion device in the world. Designed to produce 500 megawatts of fusion power for 50 megawatts of input heating power (a power amplification ratio of 10), it will take its place in history as the first fusion device to create net energy.

Key to this process are the 18 huge toroidal field coils that are being manufactured in Japan and Europe. On the European side, Italy’s ASG Superconductors was charged with building 10 of the coils at a dedicated 28,000-square-kilometer facility at La Spezia near Milan. From there the coils were shipped around Italy to the SIMIC facility at Marghera, Port of Venice, for cryogenic testing, insertion into their massive steel cases, welding and impregnation with resin for protection. Everything must be done with the utmost precision, with the team working to accuracies of just 0.2 millimeter on a structure that weighs more than 300 tonnes.

Once complete, the magnet is encased in a specially designed transportation case, with sensors monitoring everything from humidity to acceleration. “This special frame protects it from any deformation,” explained Eduard Viladiu, ITER, Conductors & Magnets at Fusion for Energy, the EU body responsible for Europe’s contribution.

From SIMIC, the magnets, now weighing in at more than 400 tonnes, then needed to travel to Port of
Marseille Fos in the south of France. The first step was a short road journey from SIMIC to Port of Venice
via self-propelled modular trailers, or SPMT. This was the shortest leg of the journey, with the SIMIC
facility located in the port’s hinterland.

“We’re a specialist terminal for this sort of cargo,” said Pino Musolino, president and CEO of the North Adriatic Sea Port Authority, which handles 900 single pieces of project cargo and out-of-gauge cargo a year with a value of more than €1 billion. “It gives us great pride to handle this project flawlessly and to be part of a breakthrough technology to help build the future.”

Life was made more challenging by the arrival of Covid-19, which hit Italy hard in February and March. “We were the first port in Europe to be under a Red Zone,” Musolino said. “Overnight we had to invent rules and procedures we had not had to envisage before to keep everyone safe. It complicated things, but we were quick enough and wise enough that we were able to manage everything and never had one day of disruption or lost job during the lockdown.”

Covid-19 did mean, however, that the magnets spent additional time in storage outdoors, with SIMIC’s engineers anxiously monitoring humidity using sensors and Bluetooth connectivity. “At any moment we can detect and reduce humidity by opening the case and fixing the cause of it,” Viladiu said, adding that the group thought they had planned for every contingency, including piracy for components coming from Japan to the Red Sea. But they had not envisaged a pandemic. Even so, there was a contingency budget and plans were quickly put in place to handle the additional measures.

The magnets were then shipped from Venice to Marseilles, a journey time of about five to six days. The port had to modify its infrastructure to accommodate the loads, building a specially designed roll-on, roll-off boarding ramp able to support convoys of up to 880 tonnes carrying 600-tonne loads. Having arrived in Marseilles, there was another aquatic leg to the journey, with the magnets barged across the salt marshes of the inland sea Étang-de-Berre, which took another day.

“This is quite sensitive to the weather because this part of Marseilles is very windy and conditions can change very quickly,” Viladiu noted.

Once across, it was onto another SPMT for a 100-kilometer journey to the ITER construction site at Saint-Paul-lez-Durance/Cadarache. Passing through 16 towns, including Aix-en-Provence, this journey had to be completed in eight-hour overnight windows, Monday to Friday. At an average speed of 5-6 kilometers per hour, it took five days to reach the destination following the “ITER Itinerary,” a specially developed route to support the highly exceptional loads heading to ITER. A total of 120 highly exceptional loads will pass that way over the next five years. Roads have been widened, bridges reinforced and intersections modified in preparation for the exceptional size and weight of some of the Tokamak components.

“It’s really challenging logistically” Viladiu said. “Any delay means you’re then into storage in a place for longer than you expected.”

The team spent two years developing the design of the transportation frame, which protects the large but sensitive magnets on their long journey. It is reusable and heads back to the SIMIC factory to protect the next magnet on its long journey to ITER.

It has taken a long time to reach this point – Viladiu has been personally working on this project for nine years – with ITER having been conceived at the 1985 Geneva Superpower Summit. One year later, an agreement was reached: the European Union, Japan, the Soviet Union and the U.S. would jointly pursue the design for a large international fusion facility, ITER. Conceptual design work began in 1988 with the final design approved by the members in 2001. China, South Korea and India joined in the following years and the location in France was finally settled on in 2005.

Construction got underway in 2010 and, despite the pandemic, things are really gathering pace now, with the first three toroidal field coils, from Japan and Europe, having now arrived in France. In May, the 1,250-tonne cryostat base was successfully lifted, transported from the Assembly Hall to the Tokamak Building, and positioned in the Tokamak Pit, with a precision of 3 millimeters. The first poloidal field coil, procured by Europe in collaboration with China, has arrived in France from Shanghai – this has been the heaviest component yet, weighing in at 500 tonnes in its transportation case, and the first vacuum vessel sector, fabricated in Korea, has also arrived.

After such a long planning phase, 2020 and 2021 promise to be busy years for those working on the site as these exceptionally heavy, exceptionally-special loads arrive to play their part in harnessing the power of the sun here on planet Earth.


Freelance journalist Amy McLellan has been reporting on the highs and lows of the upstream oil and gas and maritime industries for 20 years.