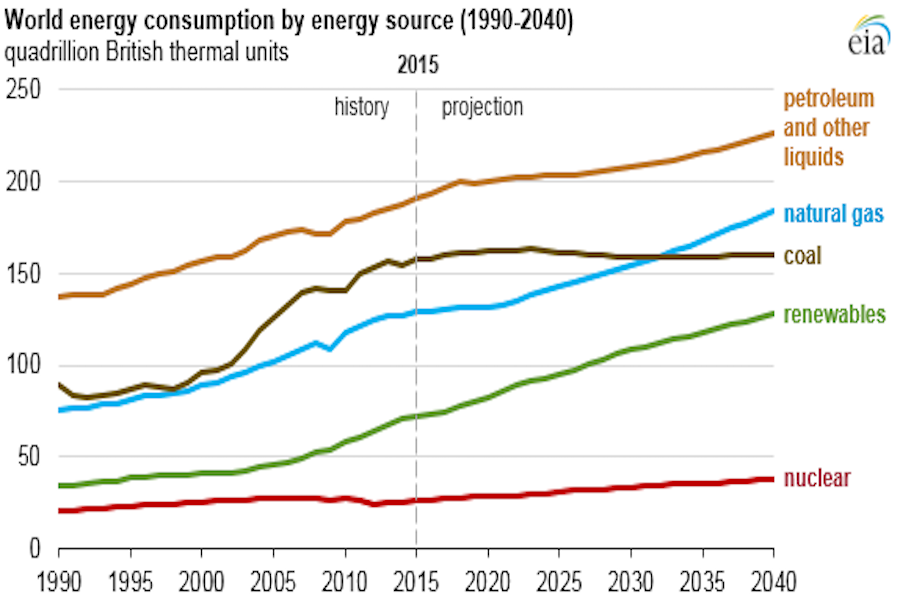 The U.S. Energy Information Administration has forecast that world energy use will increase 28 percent by 2040, driving unprecedented demand for the construction of new power projects.

The EIA’s findings suggest that renewables are expected to be the fastest-growing energy source, with consumption increasing by 2.3 percent per year on average, creating a large new market for breakbulk transport of turbines and related components.

The findings were presented in the EIA International Energy Outlook 2017 report, which forecasts that liquid fuels, mostly petroleum-based, will remain the largest energy source until 2040 but that oil’s share of world marketed energy consumption is projected to fall, from 33 percent in 2015 to 31 percent in 2040.

“As oil prices rise, energy consumers are expected to turn to more energy-efficient technologies and switch away from liquid fuels where possible,” an EIA spokesperson said.

The EIA projects that the majority of growth will come from countries that are not in the Organization for Economic Cooperation and Development, and especially Asian countries.