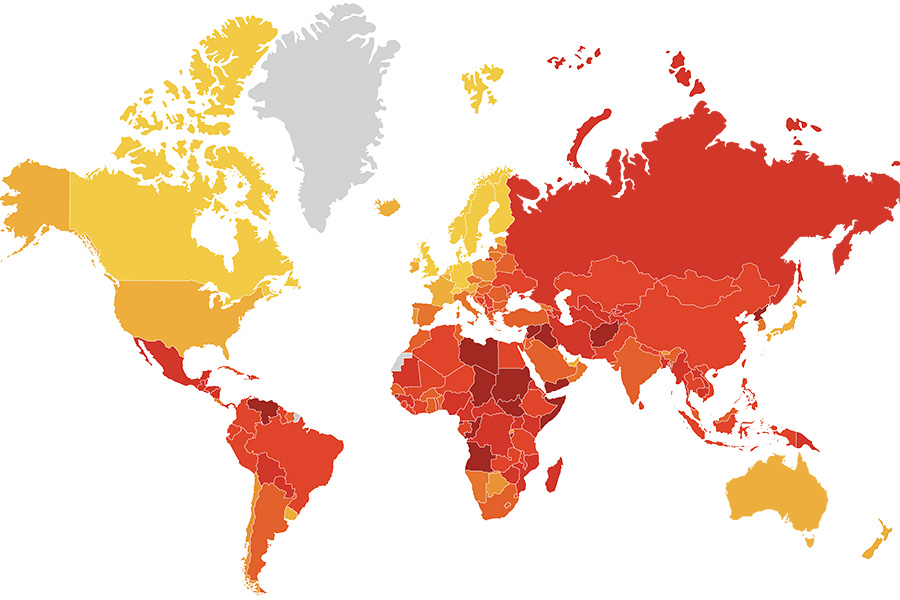 Transparency International released its 2018 Corruption Perceptions Index on Jan. 29, and its accompanying statement proclaimed the failure “to significantly control corruption is contributing to a crisis of democracy around the world.”

The 2018 CPI (provided on page 66) is based on 13 surveys and expert assessment to weigh public-sector corruption in 180 countries and territories on a 100-point scale, where 100 is the best and 0 is the worst. The 2018 results show more than two-thirds of the countries fell below 50, with an average score of only 43. Only 20 countries “significantly improved” while 16 “significantly declined.”

Western Europe and the European Union fared best, with an average score of 66, while Sub-Saharan Africa (average score of 32) and Eastern Europe and Central Asia (average score of 35) brought up the rear.
In a statement, Patricia Morieira, TI’s managing director, warned: “With many democratic institutions under threat across the globe – often by leaders with authoritarian or populist tendencies – we need to do more to strengthen checks and balances and protect citizens’ rights. Corruption chips away at democracy to produce a vicious cycle, where corruption undermines democratic institutions and, in turn, weak institutions are less able to control corruption.”

The U.S. fell four points from last year to 77, dropping out of the top 20 countries for CPI for the first time since 2011. The low score comes at a time when the U.S. is experiencing threats to its system of checks and balances as well as an erosion of ethical norms at the highest levels of power, Transparency International said.
Brazil dropped two points since last year to 35, its lowest score in seven years. Alongside promises to end corruption, the country’s new president has made it clear that he will rule with a strong hand, threatening many of the democratic milestones achieved by the country.

“Our research makes a clear link between having a healthy democracy and successfully fighting public sector corruption,” said Delia Ferreira Rubio, chair of Transparency International. “Corruption is much more likely to flourish where democratic foundations are weak and, as we have seen in many countries, where undemocratic and populist politicians can use it to their advantage.”

To make real progress against corruption and strengthen democracy around the world, Transparency International calls on all governments to:
• “Strengthen the institutions responsible for maintaining checks and balances over political power, and ensure their ability to operate without intimidation.
• “Close the implementation gap between anti-corruption legislation, practice and enforcement.
• “Support civil society organizations which enhance political engagement and public oversight over government spending, particularly at the local level.
• “Support a free and independent media, and ensure the safety of journalists and their ability to work without intimidation or harassment.” 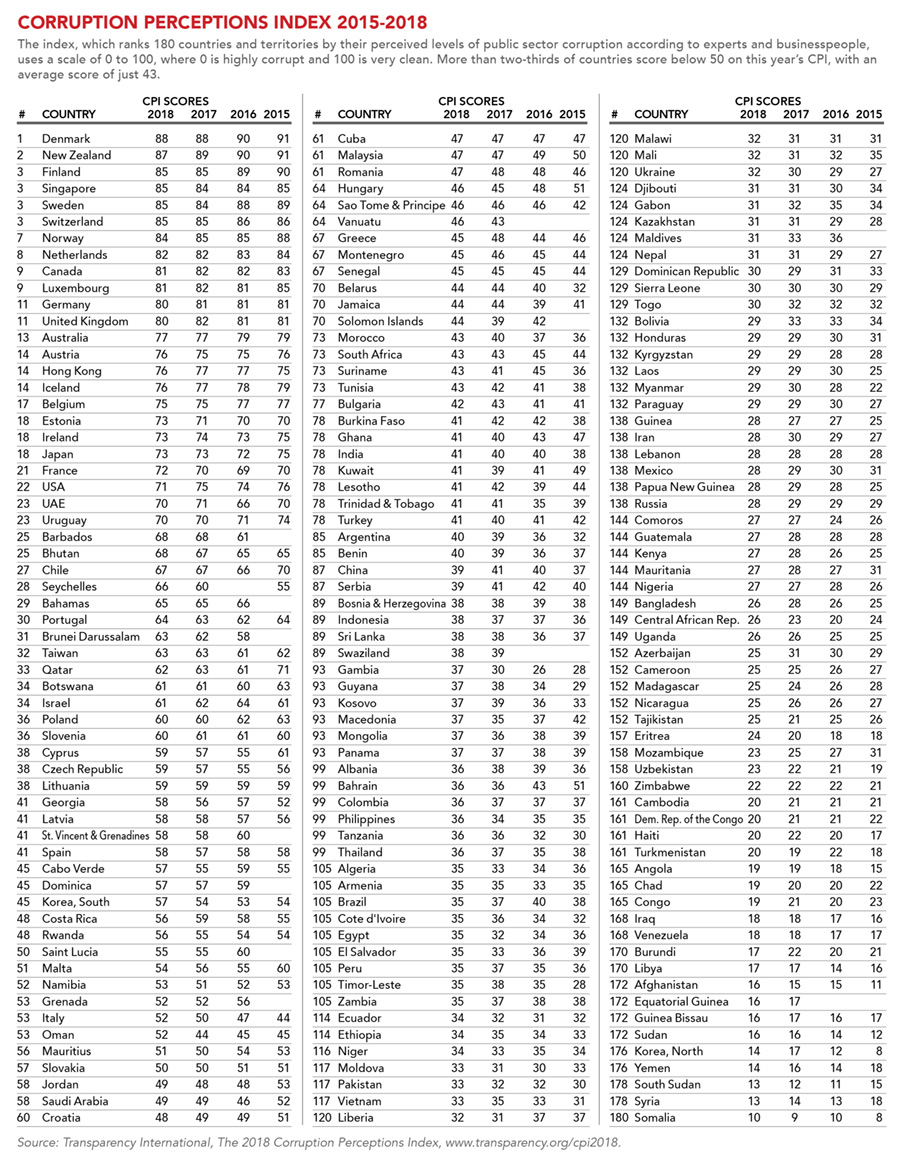