In a continuing series, Olaf Proes, our man on the docks and media representative for heavy-lift carrier Chipolbrok, reports on activities from Hamburg.

When the Lila Mumbai arrived at Hamburg, it discharged a full load of brand-new containers from China. Thereafter the vessel, once a part of Rickmers' fleet, is now being chartered by a longstanding market rival – Chipolbrok. After completion of discharge, the vessel departed on a trip-out charter for an eastbound voyage, guiding it to Saudi Arabia, India, Singapore, Vietnam and China. 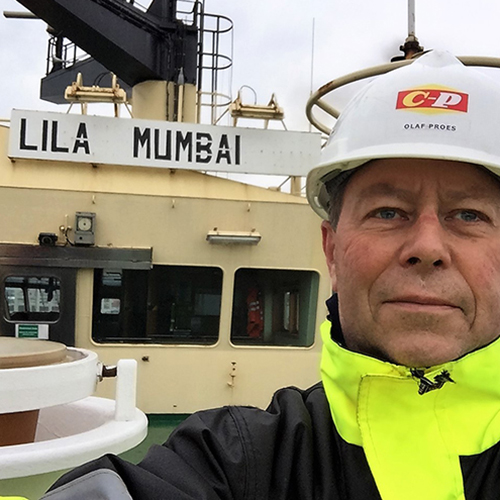 The Lila Mumbai was loaded at Hamburg with roughly 1,600 tonnes, while Antwerp as second and last load port in Europe, added nearly 21,000 tonnes of cargo on board the vessel. This underlines another time Antwerp’s great importance for Chipolbrok’s services eastbound as well as westbound.

Just three Indian ports will part of this trip, Mumbai, Kakinada and Visakhapatnam. The Lila Mumbai was loaded with heavy-lifts bound for these ports. Loaded at Hamburg from overside and from ashore, the cargoes were machinery, overlength units and equipment, including a 100-tonne condenser.

Other destinations will be served with structurals, alloys and steel products. A majority of cargo – as usual – goes on board at Antwerp. Steel products make up the largest share in this composition, but also a huge quantity of breakbulk and a partial load of bulk stuff to Lianyungang.

Kakinada has received a new but still dismantled crane. India remains being an important market for Chipolbrok and is served frequently on nearly every Chipolbrok sailing ex-Europe.
Back