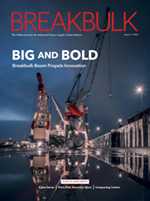 Several years ago, one of my staff was censoriously questioned by another manager as to why he was surfing the web and reading the newspaper on company time. My staff member simply said, “Go ask Margaret.” Which, of course, the affronted manager did. When he confronted me (interrupting my own surfing of the web), I simply said: “Praemonitus, praemunitus.”

Praemonitus, praemunitus is Latin for “forewarned is forearmed.” I recently wrote in this column about the butterfly effect. And while my article focused on shipping – container shipments particularly – there was more to it than that. It was a requirement for my team to be on top of world events. This was not simply whether events would or could affect shipping, but also their overall impact on our company’s global supply chain.

Unrest in the Middle East – such as we are once again experiencing – threatens the shipping lanes in the Middle East Gulf, Suez Canal, Mediterranean Sea, and potentially affects all shipments originating from as far east as India. Civil unrest in France can lead to general strikes, potentially shutting down transportation lanes to ports and airports in the heart of the European Union. Political upheaval or even governmental changes as a result of elections can impact trade issues. Severe poverty in places like Nigeria has impacted oil shipments because desperate people try to tap into the pipelines to siphon off oil, but inadvertently blow up the pipeline. And so on and so on.

Right now, for example, China has been doing a lot of saber-rattling over the issue of Taiwan. Yes, Taiwan has long been a source of controversy, as China claims dominion over it while most of the rest of the world regards Taiwan as a sovereign nation. Until recently though, the issue has been more of a sore point with China, not a suddenly gaping wound. The question is why? Simple really: most of the microchips used in today’s electronic products and devices are manufactured in Taiwan. And China wants to control the microchip industry.

The current “sudden” unrest in the Middle East between the Palestinians and Israelis is another long-simmering cauldron of hate that is unexpectedly boiling over. But it begs the question of why now? In the news on March 27, 2021, it was reported that China and Iran had formed a 25-year “Comprehensive Strategic Partnership.” The purpose of this partnership is the formation of an agreement in all areas of bilateral relations and regional and international issues. Iran – a virulent enemy of Israel – is one of the main supporters of Hamas. Some pundits have posed the question of whether the hostilities in the Middle East are a way for China to have the world look one way while it tries to accomplish its main goal – recovery of Taiwan – while no one’s watching. 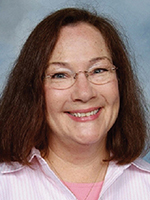 If we don’t keep up with international current events, we lose sight of the big picture and its effect on our businesses and our world. As the late great James Vaughan used to say, “anticipation is 90 percent of any game … and everything’s a game.” Praemonitus, praemunitus.

Margaret J. Vaughan has more than 30 years’ experience in all facets of supply chain management. She has been a regular columnist with Breakbulk since late 2018. Sadly, she will step down at the end of the year, saying “it’s time to let someone else have a voice.” Her last submission will be in Issue 6 / 2021.
Back