How Alliances Can Make Even the Trickiest Projects Run Smoothly

Moving critical parts for project work via air, is not uncommon, and a fairly familiar option with the project owners and their appointed contractors. It is a concept known for crisis situations.

In rare occasions it is used as the key transport conveyor of choice, especially for situations which combine both geographical, time critical and complex end destination and last mile scenarios.

At the time I worked for an airline and was asked by a manufacturer if we could move two modular LNG trains from the US to the Majnoon Field in Iraq, preferably within a specific timeframe.
Going through the legal and commercial standard RFQ to become an approved direct vendor to the energy company operating the construction, was in essence the more standard work. The implementation and education required to make this a successful project was different. It did require in-depth continuous coaching on all ends; both for us internally and for the customer and the agent parties involved.

As a project director I took it upon myself to convince the construction manager to engage our teams in educational sessions and ensure all entities and divisions were truly familiar with the project requirements and understood the parameters of manufacturer and energy companies, including protocols, legal content and change of standard terms, and acceptance of financial implications delivering cargo in Iraq.

The problem identified up front was the rigidness of companies to stick their guns, more so on the terms and conditions aspect. The construction manager and I formed an alliance, and we travelled to meet with the teams and ensure all was understood, more so the objective.

This approach ensured the customer delivered to their client, the Iraqi Ministry of Energy, within the time frame, and without any hold up. A total of 68 AN124 flights were executed. The main lanes were primarily out of Houston, Texas and East Midlands, UK.

The customer was asked by other energy companies in the area how they pulled it off, which was testimony to the concept and work performed.

Today I still enjoy a pleasant relation with the construction manager and have executed other ad hoc emergency services in the same realm, applying the same principle.
About the author 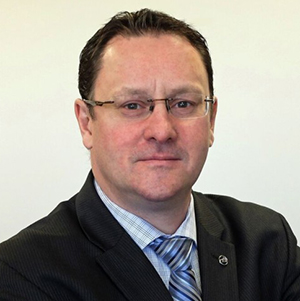 Fayçal Boumerkhoufa is a Belgian citizen, born and raised in the medieval town of Ghent, East-Flanders Belgium. He is a graduate from PIHO Gent and holds a bachelor degree in International Business Administration and Shipping, and a Masters’ Degree International Maritime Law with the University of Ghent.

His main career started with Panalpina in Belgium, moving around the world and building up a 14-year experience and expertise in the air charter and project realm. In 2008 he joined the Volga-Dnepr Group specializing in complex energy and oil & gas capex projects as well as specific defense programs.

In 2019 he joined the Rock-it Cargo Group in The Woodlands, Texas. Fayçal can be reached at faycal.boumerkhoufa@cargolivelogistics.com.
Back