When your approach is more important than your operation

Several years back I had the pleasure of working in the Garden of Eden, or at least it used to be, but the water levels in the Tigras-Euphrates marshlands of Mesopotamia have been dropping for years because of dams and diversions upstream. I made regular, extended business visits to this area. Most of you would recognize this place as Southern Iraq and at that time the area was principally desert. Saddam Hussein accelerated the draining of this land to flush out rebels hiding in the reeds. This area has now been named a World Heritage site and is on the mend.

I spent extensive time in and across Iraq during the initial reconstruction period, and learned many lessons, but the job I describe led to one of the most important. Our Task Orders was to remove pumps and equipment from several Southern Oil Company pump locations. Our scope included extracting the equipment from several buildings, transporting them to Umm Qasr Port for export to the United Arab Emirates. The equipment was to be repaired, upgraded and returned to Iraq where we would transport and install in their original location.

We developed our solution for the Task Order for review, acceptance and approval from our client. Once this was received, we went to work engaging and aligning with our subcontractors and local authorities, obtain costing and firm up the order.

A critical part of any activity in Iraq at the time was the need for security for personnel, equipment and cargo. We selected one of our vetted and approved security subcontractors, aligned the schedule and received approval to proceed.

We mobilized crew and equipment to the first pump station with the security subcontractor managing and protecting the convoy. As they approached Southern Oil Company property, the team was met by armed members of the Marsh Arabs. (I encourage you to learn more about these people because you may find it interesting.)
The team was told they could not undertake their work without armed security provided by the Marsh Arabs and that our subcontractor was not required. For this service there would be a cost, which approximated the fee charged by our subcontractor.

The team was instructed to respectfully stand down and return to base. We were not prepared to have local security protecting our people, certainly not without our own security subcontractor engaged—not to mention the extra cost.

After an internal debrief we reached out for a meeting with the Tribal Shaikh to gain perspective, context and deeper understanding. Members of our team and the Shaikh’s delegation met, shared tea, personal pleasantries and explained what we were tasked to do and our willingness to work with the Marsh Arabs.

As the discussion progressed, we got to the point of explaining where we were bringing the repaired and working equipment back to the pump station for reinstallation. There were animated discussions among the Tribal Shaikh and his delegation. Through the interpreter he asked for clarification on us bringing the equipment back and installing it. Indeed, we clarified this was our intent and scope.

At this point the Marsh Arab delegation was laughing and gesturing and we were wondering what was so funny. Things settled down and the Shaikh told us — still chuckling under his breath — that they thought we were stealing the equipment. The fact that we were bringing it back was a totally different situation.

Our pleasant meeting continued, and we agreed they could provide one security member per security vehicle from the Marsh Arabs to accompany our security subcontractor in their vehicles at a far more reasonable cost than was originally requested. We all agreed the discussion was fruitful, we had a plan to proceed with and adjourned the meeting. The Shaikh provided young men from the tribe as their security detail whose weapons slung across their shoulder made them look even younger, but good young men who spoke some English. It was a great learning experience for all.

This was not the last time we met for tea and provided updates on our activity. It was the start to a continued engagement with the Marsh Tribe when we operated within their area, as well as other tribes we engaged with throughout Iraq. This open approach made the solution a success.

Lesson learned: Sometime the answer you are looking for is not in the challenge you are working to overcome but in your approach. 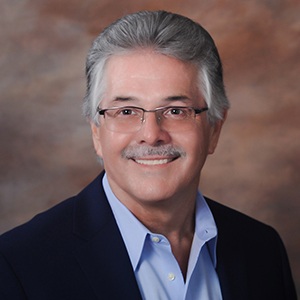 Grant Wattman is the founder and CEO of Jade Management Group in Houston. Prior to establishing Jade, Wattman was the president and chief executive officer of Agility Project Logistics, Inc.

He has over four decades worth of industry experience in leadership roles, setting strategy and implementing strategic plans to meet financial results and operational excellence in the complex and volatile service, engineering, petrochemical and industrial manufacturing sectors. He has tactical experience in project management and operations in more than 60 countries for commercial entities in heavy manufacturing, capital project supply chain upstream, midstream, downstream, marine and the logistics service sector.