As a follow up to the article I wrote back in October, “Pizza, Burgers, Christmas Trees as Project Cargo?” here is the insight into how we actually delivered those “pizzas”—I mean, "project cargo"—to the jobsite in Algeria.

I was working for an EPC company back in the mid ‘90s when we were utilizing airfreight on a daily basis for critical shipments from the United States to an LNG project in Algeria. The airfreight costs for these individual shipments were going through the roof and Project Controls paid me a daily visit to discuss the transportation budget. To save costs we developed an air charter plan, which eventually led to monthly departures of Emery Worldwide DC-8s over a span of two years.

The original departures were out of Dayton, Ohio, the hub for Emery Worldwide and geographically an overall good location for consolidating cargo from across the US. Eventually this was changed to Charleston, South Carolina, as this was our consolidation and export packing point for our monthly Lykes Lines breakbulk vessels. Jobsite would always be changing the mode of transport for material depending on construction’s needs, so we were constantly pulling material out of the Port of Charleston for the air charters.

The Charleston airport unfortunately was not a facility that could handle the charters on a routine basis so we moved the departures to Charlotte, North Carolina. There were the occasional charters where we had a majority of material being sourced from a single vendor so we would utilize commercial airports near their facilities: Philadelphia for the pipe charter, Houston for the valves charter, but the majority departed from Charlotte.

Our air charters would depart on Saturdays as the aircraft were being utilized for Emery’s weekly hub service. Weekend departures were also a cost savings to the project compared to a weekday departure. I would arrive at the Emery facility in Charlotte on Tuesdays, a day before the Emery loadmasters would show up. This gave me a full day to go over the cargo that had arrived and do an accurate piece count to make sure everything was there. I would advise the loadmasters of the remaining deliveries for the week so we could plan the stowage of the cargo on the aircraft pallets or so called “cookie sheets”.

Once the loadmasters arrived on Wednesdays, we would begin by developing a stowage plan for the 18 pallet positions for approximately 50 tonnes of cargo. This would be done based on piece dimensions and weight. We would build pallets based on the inside dimensions of the aircraft, typically coming out as an igloo shape. It was like building 18 individual puzzles as the pieces of cargo were in all various shapes and sizes.

Three days were spent building up and securing these cookie sheets. In the meantime, I spent a lot of time tracking down those last deliveries, which sometimes would arrive on the day of departure. Late arrivals were placed in the belly of the aircraft, if they would fit. Otherwise, you know what! After the pallets were built up, they would be loaded onto a flatbed truck and sent over to the loading facility at the airport.

Emery Worldwide would position an aircraft at Charlotte on Friday night. Customs would complete their inspection on Saturday morning and after the sign-off we could begin loading the pallets on to the plane. Once all the pallets were loaded, I would head over to the fast-food restaurant the jobsite chose for the flight. McDonalds, Burger King, KFC, Pizza Hut, etc.—we hit them all over the two years. I would coordinate the pickup time with the restaurant manager a day before so they had plenty of time to prepare our very large order. I had plenty of coolers available for the long journey.

Sometimes I would tag along with the flight crew and personally deliver the food and other items the jobsite requested. We would depart Charlotte late in the afternoon. I would take the jump seat in the cockpit to witness the takeoffs and landings. Emery would cater the flight so we had plenty of food for the trip. We would track the East Coast and in the evening land in Gander, Newfoundland for refueling. Once in Gander, the airport personnel would open up the snack bar for us so we could have some Canadian ice cream. Back in the air and with my sleeping bag in hand, I would try to find a flat crate to sleep on. The hard part was tying yourself off in the event of turbulence. Oh, you also needed earplugs if you wanted some sleep. The flat wooden export crates from Charleston made the best beds!

We would arrive into Oran, Algeria on Sunday morning, spiraling down to the runway due to the conflict in the area. Customs formalities also created some problems but we would have our local logistics guy work things out. The procurement manager and logistics team would always greet me at the airport. They were always happy to see me, or maybe it was only the goodies I brought? After a few hours on the ground offloading, we were ready for departure. Next stop would be the Azores in the middle of the Atlantic for crew rest.

We would arrive at Santa Maria Airport on Sunday afternoon. We had found a nice little hotel in the city center where we could walk to everywhere we needed to go. We would also frequent the same restaurant for dinner as the owner would always have fresh fish caught that morning. We were always hoping for the swordfish with a Portuguese touch!

Monday morning, we would depart back to Charlotte. After arriving I would catch my flight back to Los Angeles where our office for this project was based, only to start preparing for the next air charter.

Loading these air charters over a two-year period was a fun and interesting assignment. Attending the loadouts of our breakbulk vessels in Charleston each month was also a learning and challenging experience in my early days as a logistics professional.

The key to the air charters success was the planning, execution and having an experienced team. We had the same loadmasters each month so the loading was down to a science. In the end we saved the project millions of dollars enacting this air charter program. It was an overall success for the delivery of critical cargo to the project. Don’t forget it was also a morale booster for the folks at jobsite and kept smiles on their faces or should I say bellies with the fast-food deliveries?

Take the opportunity whenever you can to witness the loadout or offloading of project cargo. It’s a learning experience you will never get from course work or coordinating project cargo from behind a desk. 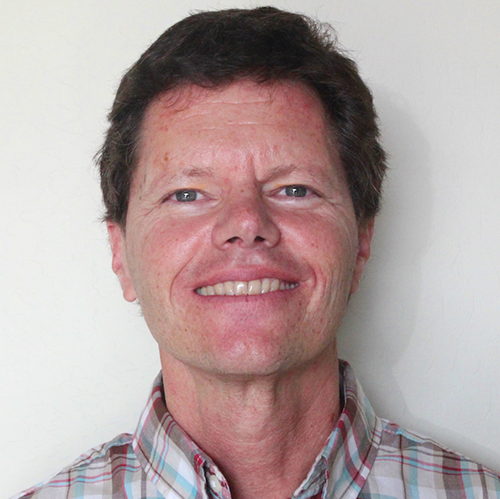 Brent Phelps has over 30 years of experience in the fields of logistics, contracts and supply chain management. He has worked on various mega projects for EPC contractors throughout North America, the Middle East, Europe and South America. He has managed project cargo for the oil and gas, mining and metals, power and infrastructure sectors.

Brent Phelps is currently seeking new opportunities and can be reached at brentsp22@gmail.com or through LinkedIn.

Share your experience with the industry: Become a Breakbulk Veteran
Back