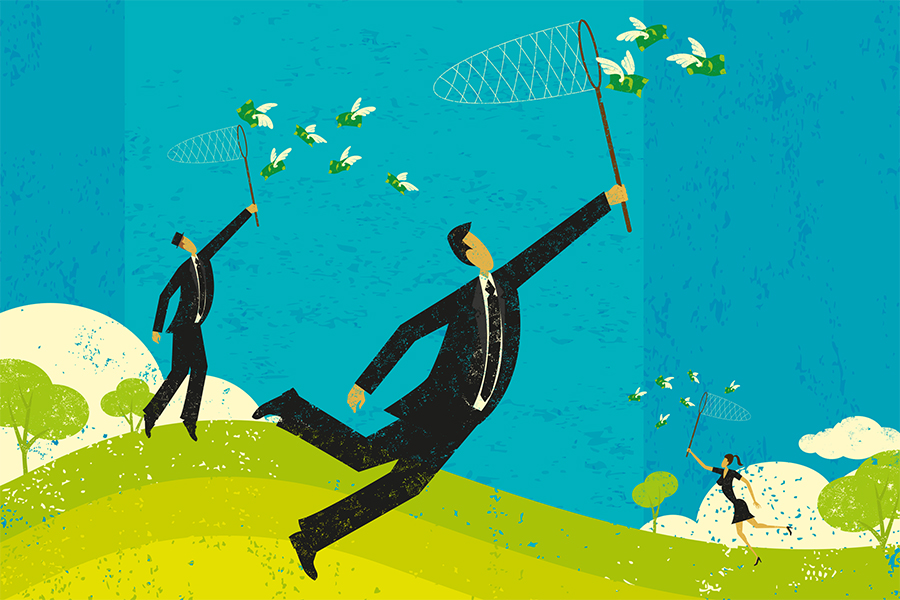 As testified by the Boomtown Rats’ late-seventies classic, Monday isn’t the most popular day of the week. While Bob Geldof’s band had a dark reason for immortalizing the hatred of the start of the working week, the downbeat sentiment could have equally applied to a particularly black Monday in the heavy-lift carrier calendar.

Spawned by the collapse of Beluga Shipping back in 2010, Hansa Heavy Lift had become the latest victim of the decade-long depression of the freight markets. Financially backed by U.S.-based investment management firm Oaktree Capital Management, HHL had quite simply outlived its equity-backed financing’s welcome.

Equity funds usually operate on a five- to seven-year investment horizon. Eight years on and with no real expectation of the longed-for upturn in the freight markets, Oaktree said in a statement that it was “supportive of the company’s decision to file for insolvency and [had] decided not to make any additional capital investments in the business.”

When it collapsed HHL operated 14 multipurpose vessels ranging from 12,700 to 20,100 deadweight tonnes, according to its website. The scavengers were quick on the bones and at the time of writing, four ships had been arrested by bunker giant World Fuel Services in addition to one arrested just prior to the bankruptcy announcement; a further five had been bought by Dutch shipping group Spliethoff Group; and three were rumored to be on Zeaborn’s radar, leaving slim pickings for other operators to feast on.

Place for Investment
Paul Slater, a leading authority on domestic and international project finance, and global financial advisor to the maritime and energy industries, explained that the MPV and heavy-lift sectors present different characteristics to other cargo sectors of the maritime industry, and hence financing them can be a challenge.

“They are operational sectors that employ their equipment to service other industries whose requirements vary by location and timing,” he said. Because of a lack of real market data or other statistics to assess the financial quality of companies in these sectors – other than their published accounts or past business – Slater said he did not see these sectors as a place for private investors to put their money.

“Private equity is not passive money and has limited time objectives. Get out within five years of investing, cut costs and limit fleet sizes are all simple objectives of private equity,” he said.

“Companies in both of these sectors are better off using debt and not equity to finance their equipment.” Slater is CEO and chairman of First International Corp., a closely held private consulting and advisory company that provides global financial and commercial advice to the maritime and energy industries.

But are banks any better when it comes to investment sources for MPVs? NORD/LB is one of the largest commercial banks in Germany and has significant exposure to the MPV sector. According to publicly available financial data from third quarter 2018, total loans to the “MPP general cargo and MPP heavy-lift” sectors stood at nearly €1.94 billion, 16.5 percent of the bank’s total shipping sector loans. Those sectors represented €358 million; or 11 percent of the performing part of NORD/LB shipping portfolio.

However, while not the leading non-performing loan, or NPL, sector – containers and then bulk carriers hold those unhappy titles – MPVs and heavy-lift ships sit an uncomfortable third on the NPL ranking at NORD/LB with an exposure of €1.6 billion, representing 22 percent of its NPL shipping portfolio. NORD/LB has a target of reducing its NPL portfolios to below €5 billion by the end of 2019; NPLs amounted to €7.3 billion as at Sept. 30, 2018. In an unhappy coincidence, HHL admitted that it had been unable to agree to terms on two ships under finance from NORD/LB back in 2015, demonstrating the depth of NORD/LB’s MPV pain.

Rumors were circulating towards the end of 2018 that MPV ship operator Auerbach Schifffahrt was in the running to take over 43 MPVs being sold by NORD/LB, and had entered into exclusive talks with the bank. The fleet was said to have an estimated value of about €200 million.

NORD/LB declined to comment on the figures, or on any speculation on the sales of its NPL portfolios, while Auerbach Schifffahrt did not respond to a request for comment before publication.

Mutual MPV Fund
However, not everyone carries such a heavy MPV financial burden. Germany-based Oltmann Gruppe continues to hold a positive investment outlook on this market segment, based on what it sees as a reduction in the MPV fleet and an increase in demand.

In October, a decade after the start of the current shipping crisis, the group established the placement of a mutual fund with a modern MPV, inviting private investors to invest in a German limited partnership. The MPV represents a new generation of ships promising better efficiency at lower costs and with improved green credentials.

Oltmann Gruppe Managing Partner André Tonn explained that the ship’s lower consumption makes the sums add up: “Our ship needs 5.5 tons [of fuel] a day, just under half the fuel of comparable older freighters. At a cost of US$360 per ton, this is an important item in the calculation.” Also, its wheelhouse is sited towards the bow of the ship allowing higher and larger loads to be carried without impeding visibility.

Oltmann claimed that this investment is the only one available in Germany offering tonnage tax advantages for private investors. And although the downturn has deterred some investors in shipping, Tonn said the placement is “progressing well.” Yield-oriented investors, he added, are keen for ship investments in specific market segments.

On the back of this introductory fund, Oltmann Gruppe is planning the placement of further MPVs in the near future, both as private placements for wealthy private investors and as mutual funds. Tonn pointed to a “long and successful history” in this market, with two-thirds of the ships financed by the group operating in the MPV market. “In our point of view the multipurpose sector is more interesting because it has better prospects. For container ships and bulkers, there is a risk of too many ships in some size classes,” he said.

Oltmann Gruppe was founded in 1986 and has initiated 243 ship funds covering a total investment volume of more than €3 billion.

PRIVATE EQUITY Problems
Perhaps unsurprisingly given Oltmann’s own fund offering, Tonn thought that investment from private equity in the MPV sector could be problematic as the sector is “too special and too non-uniform” for private equity investors.

However, BBC Chartering’s Chief Operating Officer Henrik Pedersen takes a different view. He felt that private equity can give an option for a company to continue. “It will give a cash injection. It will give employees and management a piece of heart for a while to turn the profits around.”

Unfortunately, that was not the case for HHL, as the ships it operated were simply too expensive for the freight returns on offer. However, Pedersen did concede that the shorter focus on private equity can catch some companies out: “Private equity wants to see a return on their investment. They will not wait about 12-15 years for a return.”

That said, private equity – despite its issues – is still very important to the future success of the MPV sector, according to Hannes Hollaender, an S&P and newbuilding broker focused on MPVs at Toepfer Transport. But it is becoming harder to source. “There are so many market participants planning projects, but finance from both sides – equity and debt – remains difficult since investors and financiers often struggle to understand this segment,” he said.

He argued against the notion that private equity investment – with exit strategies that are based on a fixed term of investment, rather than the cyclicality of the sector – has made the MPV sector more vulnerable. Instead, Hollaender saw private equity as a decent replacement for the one-ship KG/KS fund schemes popular with Scandinavian and German investors in the 1990s and 2000s. Toepfer is working on its own independent online platform to help its German clients to invest in competitive equity online for innovative projects and bridge the gap for the construction finance.

Hollaender added that he saw investors’ appetite improving for ships in the MPV and heavy-lift sectors. His statement is based on positive trends in key demand indicators and an orderbook that is not overwhelmed with new orders. However, both NORD/LB and Slater disagree with this outlook. NORD/LB puts the current market level for MPVs/heavy-lifts at weak, which is unchanged for 2019 and only a slight increase is expected for 4Q 2019-4Q 2021. Slater added that the outlook for MPVs is “not good” given the recent bankruptcies and the sharply reduced demand for new oil and gas offshore resources.

Zeaborn, the expansion-minded carrier, which has grown its operations through the acquisition of Rickmers-Line and a joint venture with Intermarine, was unable to comment in time for this story.

Those mixed outlooks for freight market prospects mirror the mixed opinions on the value of private equity funding in the MPV and heavy-lift sector. However it’s currently more accessible than bank funding and may offer the lifeline that companies need to tide them over to better times, as long as operators acknowledge private equity for what it is: funding within clear prescriptive limits. Ship operators that go in with their eyes open and recognize that any private equity investment arrives with an expiry date stand to gain the most from what’s on offer.


Carly Fields has reported on the shipping industry for the past 19 years, covering bunkers and broking and much in between.